They All Drew Superheroes, But I Drew Operating Rooms 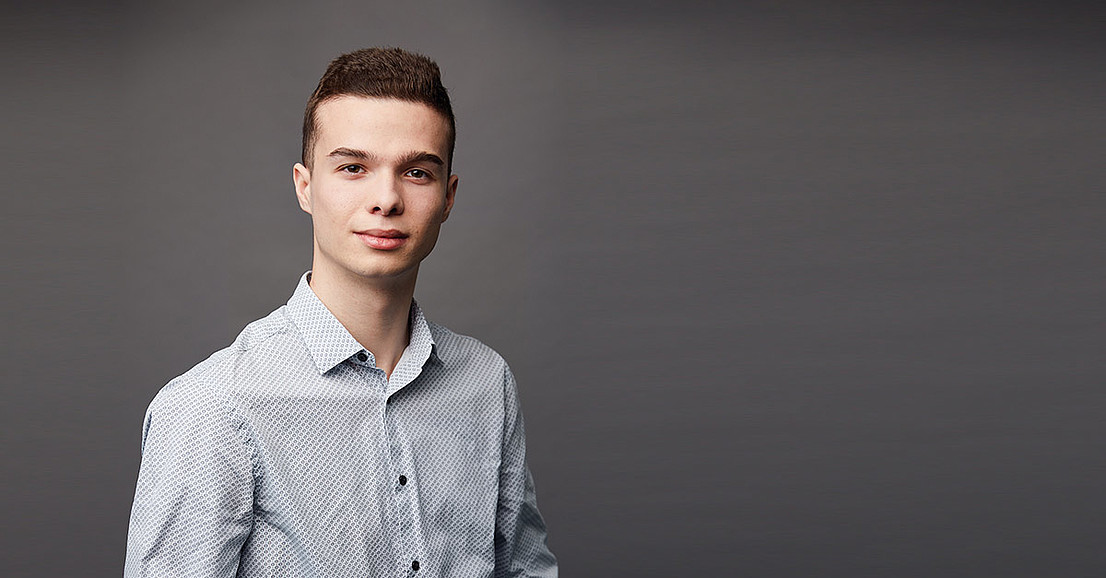 "Since the beginning, I felt special, positive energy from Medis. I knew they had something that other companies do not have – the ability to recognize talent in young people."

Seventeen-year-old Sasho Jandreski certainly remained in our memory last year. It was then that we first met him in the film Pledge to Science, which was created under the auspices of the International Medis Awards. The enthusiastic Sasho comes from the small town of Prilep in North Macedonia.

At first, he may seem like an average teenager attending the International Baccalaureate Diploma Programme at II. Gimnazija Maribor. But he is in many ways different from his peers, as he owns a promising patent from the field of medicine, for which he has received many international awards, and is currently working on hormone-dependent cancer research. His biggest wish is to become an emergency medicine doctor. At Medis, we support him on every step of his academic path.

Sasho, where does your enthusiasm for medicine come from?

This is a question I get a lot, but to be honest, I do not have a straight answer. It all started when I was eight, maybe nine years old. I remember the fourth grade of elementary school when everyone was drawing superheroes and I drew operating rooms and doctors. I decided to dedicate my life to medicine when I started volunteering at the emergency department of the hospital in my hometown Prilep.

You were allowed to work in a hospital at such a young age? How did you do it?

I was a champion at Red Cross North Macedonia competitions for five or six years in a row, and that secured me a chance to participate in special training. Even though I was supposed to be 16 years, and I was only 14 at the time, my good results and eagerness convinced them to accept me. After the training, I asked the hospital staff whether I could observe some medical procedures. I was only 15 then and too young to actually participate. However, my supervisors let me observe the procedures nevertheless. This way I was able to participate in the work of the teams in the emergency centre, help, follow the procedures, learn various first aid plans, etc.

For two years, I helped in the ER as much as I could, sometimes for three hours, sometimes for six, and occasionally for ten hours per day. It all depended on how much time I had since I was still in school. But I wanted to gain experiences you cannot get anywhere else. That is how it is in medicine; no money can buy the experiences and practice. I will be eternally grateful to all those who have made this possible for me. 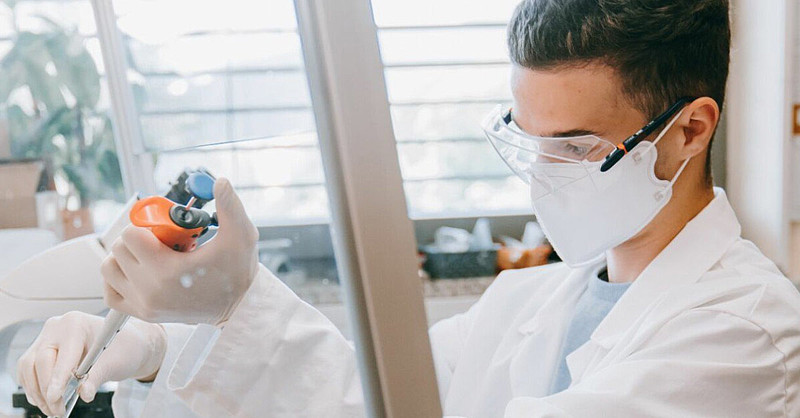 Working in a hospital also led you create a very promising and award-winning patent. Can you tell us more about that?

While working at the emergency centre in Prilep, I noticed a common problem many health workers face. During emergency procedures, especially when working under a lot of pressure, it often happens that a healthcare worker gets hurt with an already used injection needle. I decided that I needed to do something about it and help the medical staff. I came up with an idea of how to design a new model of a syringe. It took 11 months from the idea to the first model.

On 20 September 2019, we presented my innovation at a big event in my hometown. As many as 1,200 healthcare workers attended, and I also received a lot of media attention. The official presentation was followed by presentations at conventions and events, and we also received several awards.

When you explain it like this, it all sounds incredible. What are your hopes for this patent?

I am 17, almost 18 years old and my life dreams are not as big. I want to achieve my goal, be successful in my chosen career – medicine. But I already got so much more than I expected. It is very risky to create patents. You can spend 11 months working on it and the effort pays back just like it did to me, or it may all be for nothing.

Making a patent requires much more than just a sketch on paper. The idea must be brought to realization, it requires testing, creating a model, 3D-animation, followed by legal protection of both yourself and the product. And throughout the process, you cannot tell anyone about it. I was 16 years old when I embarked on this journey. In order realize my idea, I also had to deal with equations and analyses at university level. I had to learn a lot to make everything possible. I can now proudly say that I officially got my license for the patent that will last for 45 years. 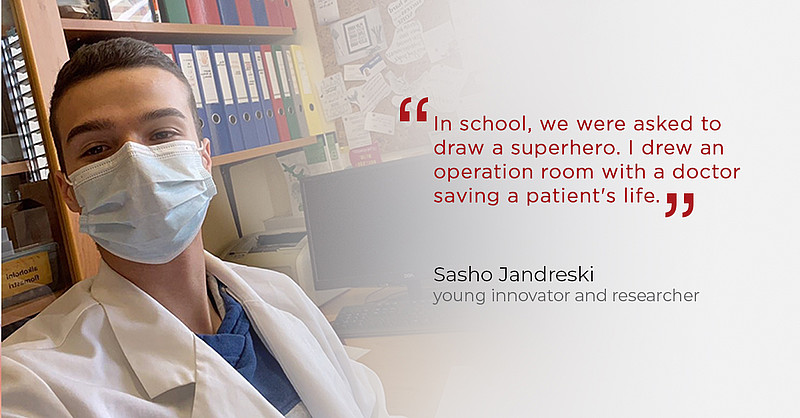 To say that I did everything by myself would be a lie. Moreover, it is impossible. But I have to be very clear: the idea of the patent is completely mine, as well as the production. But I received a lot of help from professors and others. Yet, I never allowed anyone to join the actual project. Some of my former professors also helped me prepare the event, where I showcased the patent.

You came to Slovenia from Prilep, did you come here with your parents?

I came to Slovenia quite unexpectedly. It all happened in a week. I was invited to join the International Baccalaureate Diploma Programme, one of the best high school programs in Europe. You do not skip an opportunity like this. It was my five minutes of fame that I was not going to waste. It was a life-changing decision. I am here alone, without my family and friends. My life is one hundred percent different than it was in North Macedonia.

Let me tell you an example: I attended the best high school in Prilep, but we did not have the conditions I have here. We did not have a laboratory or the option of conducting experiments and research. Of course, the lessons were the same as in any high school, but not on the same level as here. I see that people who try and progress are respected and awarded, while in North Macedonia the system is different. In Slovenia, hard work is rewarded with success. In my home country, that is not the case.

Are you already thinking about where you will continue your education?

You are currently working on hormone-dependent cancer research. What particularly are you interested in?

When I set myself a goal, I want to make it reality, and I will do whatever it takes to make it happen. Five months ago, I got the idea that I could do research on hormone-related cancers. Now, I am leading a team of scientists that includes professors, students and assistants. All of them work with me on the project and I only chose people who are experts in their respective fields. Assembling a team is not easy, as there are not many people who are experts in oncology.

Testing will take place in three phases. In the beginning, we have to perform “in vitro” tests, i.e. in test tubes. This is followed by the “in vivo” phase where we will test animals with a diagnosis that we want to eliminate. If we are successful, there will be the “ex vivo” phase of the clinical study, which must first be approved by the ethics committee, as it already includes trials on humans. I expect that the study will take two to three years. I believe that with successful organization and cooperation of an excellent team, the results will be positive.

Many people say that it is impossible for a 17-year-old to succeed with such a project. They said the same thing when I started working on my patent, but I still created it and received the Gold medal of Salon “Archimedes” for it in Moscow – an award only 14 people in the world have.

What does the support from Medis mean to you?

Since the beginning, I felt special, positive energy from Medis. I knew they had something that other companies do not have – the ability to recognize talent in young people. Throughout our collaboration, Medis has supported me, especially now during my research on hormone-related cancers. I believe we will work very well together. Not only now, but also in the future, in upcoming projects.